Two key congressional committees oversee the EPA to ensure it meets its mandate: the House Energy and Commerce Committee and the Senate Environment and Public Works Committee.

EEW's 2020 Committee Congressional Report Cards analyze and present data on violations of environmental laws, inspections of polluting facilities, and enforcement actions by the EPA, to give the members of these Congressional committees–and their constituents–the chance to evaluate whether the EPA is fulfilling its mandate in their state/district.

The map below shows the states and districts with completed report cards: To view our summary report of all districts and states analyzed, see:

Below, hover to see the name and rank of a representative; click to open a full report on EPA enforcement in the representative's district or state:

Concerned about this data?

Write to your representativesSocial Media Kit

The Senate Environment and Public Works Committee and the House Energy and Commerce Committee have jurisdiction over the EPA. The EPA is mandated to enforce environmental laws such as the: 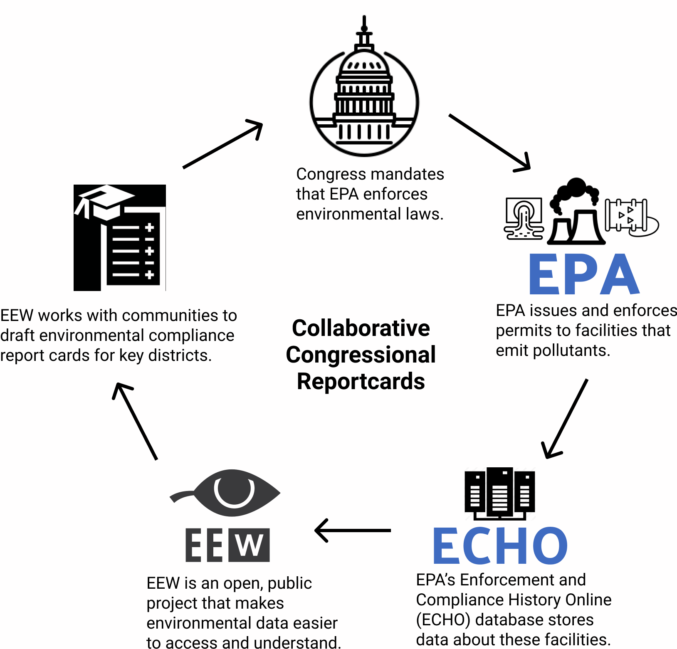 So far, we’ve generated reports for the congressional districts of each Representative on the House Energy and Commerce Committee, and for the state of each Senator on the Environment and Public Works Committee. These two committees are responsible for oversight of the EPA, an agency with a congressional mandate to enforce environmental laws. On October 22nd, 2020, we hosted a webinar outlining the findings from our Congressional Report Cards and the corresponding summary report, with invaluable regulatory and political context provided by our amazing panelists. Click here to view the recording. Our goal is to shed light on the chronic and routine violations of environmental laws and the failure of EPA to enforce them.

The EPA is mandated by Congress to enforce environmental laws. With the EEW workshops, we aim to draw attention to the large gaps in effective enforcement of environmental laws. By mobilizing community expertise, public engagement and education, compelling material evidence, and an ethic of care, we can pressure our elected officials and local industries to put health and justice before power and profit.

According to Cynthia Giles, former Assistant Administrator of EPA’s Office of Enforcement and Compliance Assurance, over 25% of all registered facilities are regularly in significant violation of their environmental permits across all programs with available compliance data. And, for programs with the most significant health impacts, “significant violation rates of 50-70% are not unusual” (Harvard Law School). Significant non-compliance happens when industries emit hazardous pollutants or fail to report emissions over their permit limits for 6+ months consecutively. Non-compliance has always been an issue and has ramped up even further due to the erosion of EPA funding and enforcement under the Trump Administration (EDGI). Between 2006 and 2018, enforcement funding and staff dropped by 18% and 21% respectively (EPA). Between 2007 and 2018, both initiated and concluded enforcement actions dropped by more than 50% (EPA). Now more than ever, local regulators and affected communities are unable to hold polluters accountable to longstanding laws.

Black, Latinx, Indigenous, and low-income communities—among other historically marginalized groups—face disproportionate exposure to hazardous waste sites and polluting industries (Bullard & Wright). These industries have undue influence in the writing and development of regulations, leading to emissions standards that are not health-protective (The Intercept). Even still, many industrial facilities fail to comply with these insufficient regulations. The financial penalties for doing so represent just a small fraction of their profits in the unlikely case that these penalties are enforced at all. This crisis of non-compliance, coupled with already-inadequate regulations, represents a systematic and deliberate choice to ignore environmental and human health. We aim for EEW workshops to call attention to these systematic gaps in enforcement using available public data from the ECHO website. 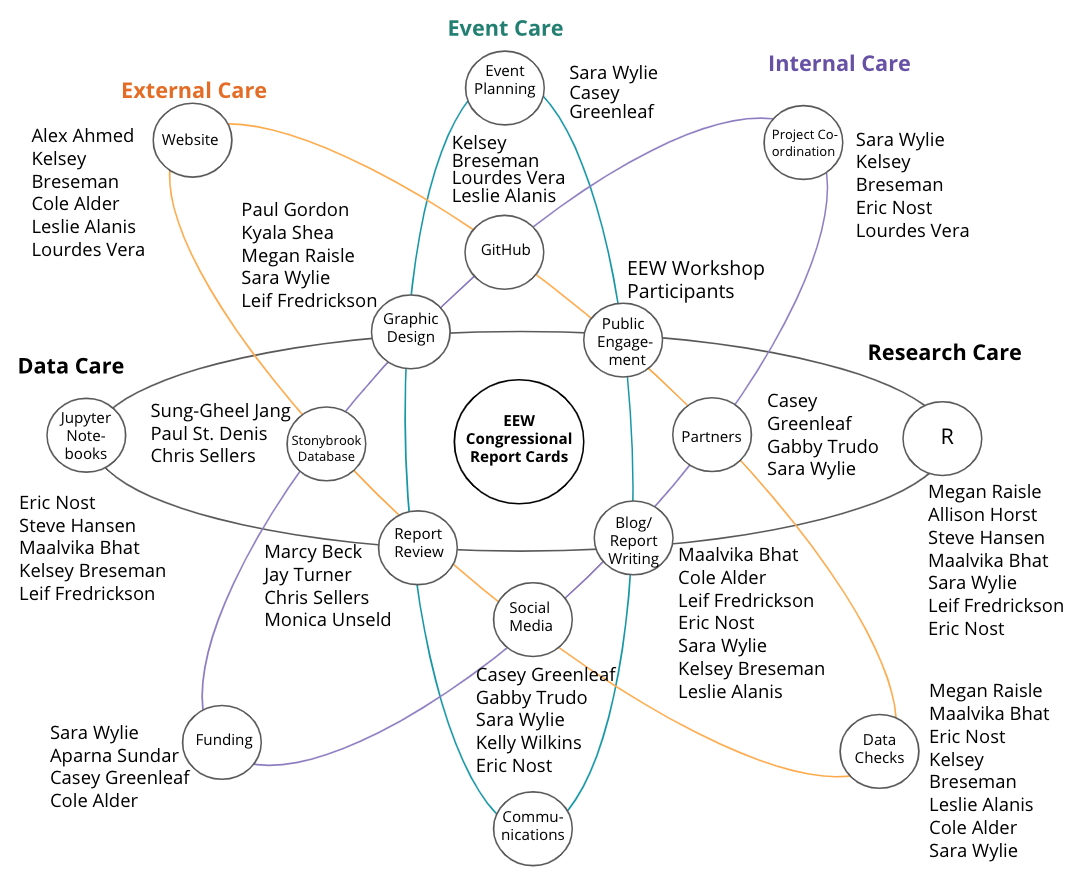